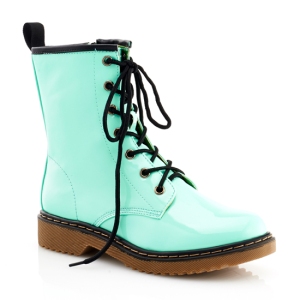 How I’m Feeling: Pregnant. I’m much bigger at this point that I was with Riley – which seems obvious but also insane. I’m still pretty comfortable, but since my belly is getting bigger it’s hard for Riley to sit on my lap.

Belly/Weight: Belly button is outta control. Even Riley isn’t sure about it. He keeps poking at it to make it go back. Finally he just gives up and pulls my shirt down, like ‘good luck with that Mommy.’ I got some stretch mark lotion since my stomach’s been super itchy so that helps.

Life Changes: The weather’s been so nice lately I haven’t been bitter about living in the Valley. It’s almost too good to be true – like real Spring! It’s coming to an end this week and getting hotter, but it was nice while it lasted.

Movement: Kick and punch! I’m starting to feel him push out too – which is always creepy. But I’m glad that he’s more active throughout the day. When I’m busy I forget and wonder when the last time I felt him move was…now it’s more constant and noticeable so I pay attention more.

Sleep: Last week was harder, but today we turned a corner and I finally felt rested!

Exercise: Back on track – and feeling sore today! My trainer is also pregnant and she’s so great about building my workouts to include lots of pelvic and lower muscle exercises. I feel like I’ll be much for fit going into labor this time around.

Favorite Pregnancy Moment this week: Riley and I went to a MOMS Club potluck dinner tonight and I got to talk to a lot of other Moms. A few that are pregnant now, and some that have 2 boys, and one that has an 11 week old. I never thought I would need Mom friends – but it’s important.

On My Mind: It took a full week – but I think we’ve turned the corner on Riley’s big brother room transition. At first he was afraid, new room and new bed. So I would sit with him until he fell asleep. Then it quickly became a game of pop-up to see if Mom’s still looking. A few times I would leave the room and close the door, and he would cry and protest. But it shifted from being fearful cries – to cries of protest and not wanting to go to sleep. Which is fine, I was used to that in his crib. Sometimes he would fuss for a few min and then settle down. He was sleeping until 7am the first few days in the new room, and napping for crap and teething so he was a mess. Then he started waking up earlier and earlier – 5:30am um, no. And still only napping for an hour at a time. He turned a corner today and slept later and took a solid nap – he’s like a different kid when he has sleep! I am too, ha! Thankful that the transition is well on it’s way and going smoothly. I’m glad we’re going through it now, so when the baby arrives he’ll be settled. I know he could regress and I sort of expect that, but at least we won’t have to be forcing a big change on him in addition to the baby.